You are here : Home > Blog > Stiffness Assumption in Lateral Analysis of Concrete Members 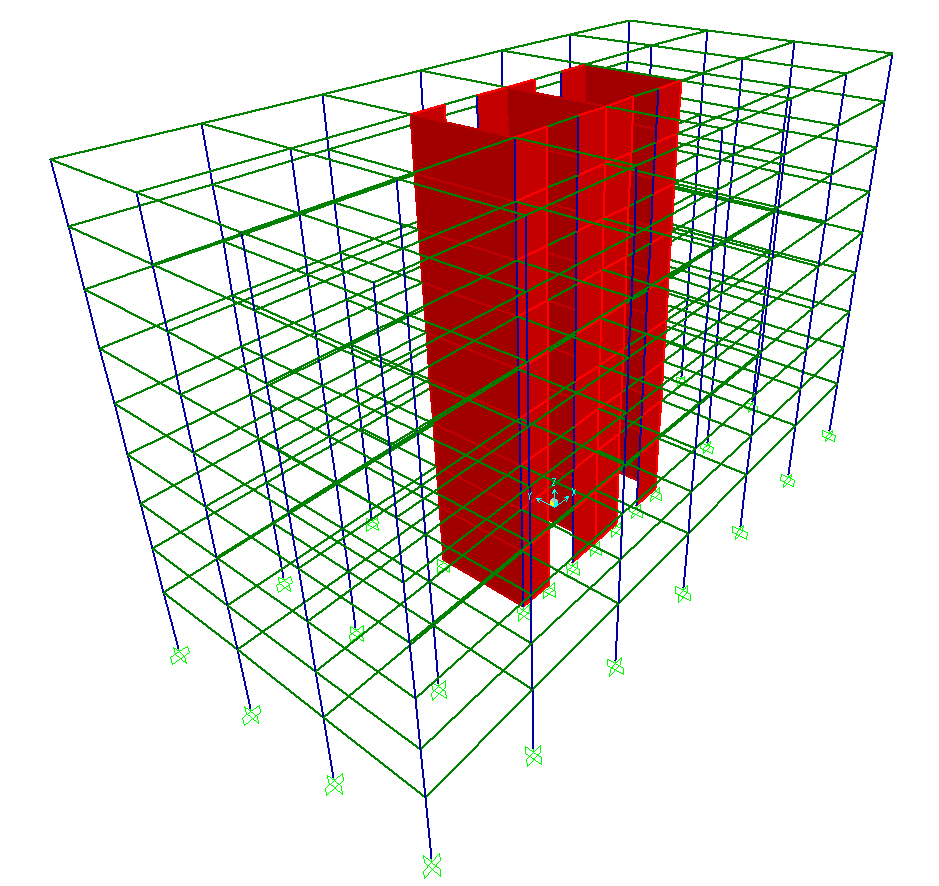 One would think something as basic as reduced stiffness values for cracked reinforced concrete members would be clearly specified in ACI 318 for use in structural analyses; at least something that would be applicable to most structures for reasonable accuracy in results of analysis. After all, the need for using these values is near-universal in the design of reinforced concrete structures, especially for those subjected to lateral loading. However, a clear requirement in this regard is not given in ACI 318. As a result, engineers are often left confused about how to correctly model their structures. The question below, which we received recently, illustrates the point.

Q. I am looking at an example in the PCI Handbook showing how to calculate lateral deflection of a precast parking garage. In this example, it is mentioned that cracking must be considered when calculating deflections, and the typical range of modification factor is 0.35 – 0.7. In this example, a 0.5 factor is applied. I am wondering how to determine what factor can be used and is there any issue if we use the higher limit of 0.7 for the prestressed shear walls.

A. The short answer to this question is, ACI 318-14 Table 6.6.3.1.1 contains some suggested values for member stiffness that engineers are permitted to use in structural analysis. However, those values are not mandatory, and it is really up to the engineer to decide what values would be appropriate depending on his/her situation.

A more detailed answer is given below.

ACI 318 has been less than clear in this regard ever since its suggested stiffness values for cracked concrete members (now contained in ACI 318-14 Table 6.6.3.1.1) were introduced several editions ago.

On the general topic of member stiffness to be assumed in structural analyses, the only thing ACI 318 has ever said is stated in what has now become Section 6.3.1.1 in ACI 318.14. This section reads, “Relative stiffnesses of members within structural systems shall be based on reasonable and consistent assumptions.” In other words, stiffness assumptions are left entirely to the engineer, as it should be, pointing out only that the assumptions need to be reasonable and consistent.

The commentary to Section 6.3.1.1 then goes on to say: “For sway frames, a realistic estimate of I is desirable and should be used if second-order analyses are performed. Guidance for the choice of I for this case is given in 6.6.3.1.” In other words, the use of the stiffness values in Table 6.6.3.1.1 is not mandatory.

Remember, up until the 2011 edition of ACI 318, the reduced stiffness values now contained in Table 6.6.3.1.1 used to be part of the slender column design provisions – Section 10.10 of ACI 318-11. And there, too, the values were presented as suggestions rather than requirements. That fact has become somewhat obscure in ACI 318-14, where, reading Section 6.6.3.1.1, it would be reasonable to conclude that the code now does require the values in Table 6.6.3.1.1 to be used in all structural analysis. This is a result of the major reorganization that has taken place in ACI 314, and the apparent change in the intent of the code was purely due to oversight, not a result of an actual code change that has been balloted and agreed upon.

In any case, if the stiffness values in Table 6.6.3.1.1 were meant for use in all structural analyses, it should have been and would have been placed in Section 6.3.1.1. Thus, if an engineer wants to assume 0.7Ig to be the effective I of a precast wall section, there is nothing in ACI 318 to prevent him or her from doing so.

What we have sometimes done is verify an initial assumption. A wall would never be cracked over its entire height anyway. So, we analyze a structure initially assuming whatever stiffness for a shear wall. Then we check the bending moments from the analysis under factored wind or earthquake forces against the cracking moment of the wall section. If the cracking moment is exceeded in the first two stories but not in the others, we would rerun the analysis assuming I = 0.35Ig for the first two stories and I = 0.7Ig for the rest of the wall height. If this analysis also shows only the bottom two stories to be cracked, we are fine. If cracking has spread to another story, we would run another analysis with I = 0.35Ig now assigned to the third story. This analysis almost always gives us convergence between assumption and the results of analysis.

By the way, Table 6.6.3.1(b) is based on some work S. K. Ghosh did with Madhu Khuntia a number of years ago. It is meant to provide refinement of some of the values in Table 6.6.3.1(a) but does not materially change anything.